The main problems of Enantiosemy in modern French

The problems of semantics, as well as the semantic structure of a word and polysemy, have always been the subject of attention of scholars since ancient times. In the present article we discuss the problems of enantiocemy in modern French and try to convey the vivid picture of their classification.We paya special attention to the different approaches of the analysis of this linguistic phenomenon and their interpretations. A complete classification of the enantiosemic phenomenon has not yet carried out, only the basic varieties peculiar for the French enantiosemy have been worked out,these are: 1. Linguistic opposition - speech enantiosemy, that is often the basis of other types of enantiosemy; 2. complete enantiosemy and incomplete enantiosemy; 3. Absolute enantiosemy; 4.Logical (or nominative) enantiosemy, which refers to the nominative, stylistically unmarked meaning; 5.Lexical (or lexemic) / phraseological enantiosemy; 7. Syntactic enantiosemy at the syntactic level; 8. Lexico-grammatical enantiosemy; 9. Stylistic enantiosemy; 10. synchronic and diachronic enantiosemy. In conclusion, it should note that both French convey a great deal of economy in terms of lexical means which polysemy allows in the languages under analysis.It is also noteworthy that this phenomenon (polysemy) was inherited by both languages from Latin, where the number of polysemic words have been quite abundant. 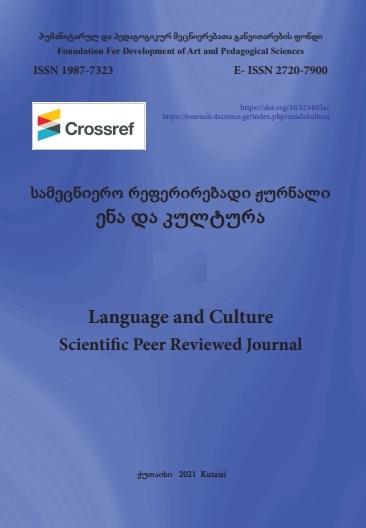