The paper is devoted to the study of generational problems within the framework of the American Cycle Theory, which is focused on the repetitive, sustainable events in human society (country, nation) by analogy the of natural events regularities (time of year, day-night shifts, etc.). The paper states that the founder of the cyclical development theory of American history is considered a famous American historian Arthur Schelesinger-Senior. In the 1940s, he proposed a cyclical model for the the United States governess with a natural shift between the “Innovation Party” and the “Conservative Party”. Later, his son, Arthur Meier Schlesinger Jr refined the theory of cycle and tried to modify it. He stated that the basis of the American political process was the rivalry between liberalism and conservatism and that the cycles of American political development had two phases - "public activity" and "private interests." During the period of "activism" the reformism experienced, positive changes in progress, as for the second phase it is characterized by passivity, hedonism, declining public activity, and a critical understanding of current developments. Schlesinger Jr. discusses the most important institutions in the prism of alternating cycles, such as the presidential institution and the bipartisan system. The driving force of the cycle theory “pendulum theory” is considered the alternation of generations. The article deals with the definition of the notion of generations, which also has a prognostic aspect and is defined by three decades during the time of political domination, emphasizing that political changes depend on the character of a new generation involved in active political life (for example, the generation of John F. Kennedy). The idea of American history cycles was elaborated by William Strauss and Neil House; they created the "generational theory." The definition of a generation includes a group of people born in the frame of 20 years period or during the certain lifespan (childhood, youth, middle age, and old age). The paper highlights three-generational identification criteria that describe the history of the United States, including its 13 colonies. Generation theory is a complex set of ideas based on several works. The research revealed that there are, historical analogies between the past and present generations. Hence, as a result, researchers have discovered four types of behavioral patterns in the history of Anglo-American generations, consequently four different types of cycles. The paper examines certain studies devoted to generational biographies by Strauss and Hess conducted in different years: “Generations” (1991), “The Thirteenth Generation” (1997), “The Fourth Transformation: American Prophecy”, (1997), "The Rise of the Millennium Generation: The Next Great Generation" (2000). (2000).

Howe, Neil; Strauss, William. (1997). The Fourth Turning: What the Cycles of History Tell Us About America’s 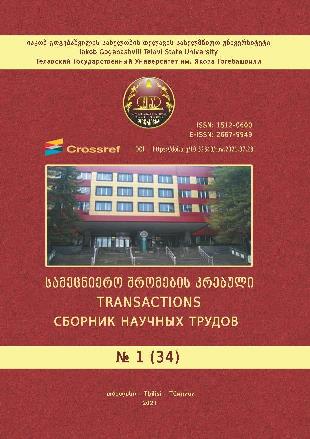